The Wonderworks Spreads Christmas Cheer Across the UK 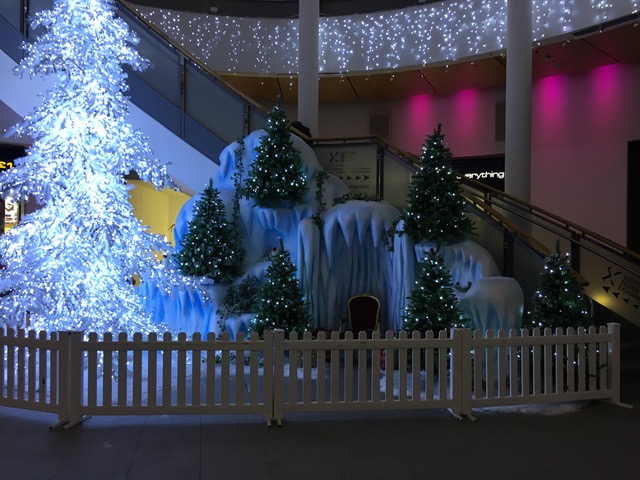 The Wonderworks has been delivering Christmas displays and grottos across the UK as shopping and garden centres prepare for the seasonal rush.

Established in 2014, The Wonderworks who design and manufacture their range of bespoke displays within their Yorkshire based workshop have delivered a variety of Christmas themed projects the length and breadth of the UK enabling key shopping and tourist destinations to deliver the magic of Christmas.

The Wonderworks also designed and installed a Christmas display and bespoke signage along with a charitable donation point for Edinburgh Airport in partnership with Fife based Flying Colours, an agreement which will see the two companies contracted to deliver Christmas displays for the airport until 2018.

Moving further south, The Wonderworks have once again been commissioned by Marlowes Shopping Centre in Hemel Hempstead to deliver Christmas Pudding Themed selfie pods to support the centres social media strategy, whilst intu Uxbridge also appointed the services of The Wonderworks to design and install a gingerbread themed Christmas grotto including animated displays after seeing successful projects delivered throughout the year to other sites within the intu group. Multiple garden centre projects have also been completed including Polhill in Kent which included a large sleigh grotto, animated characters including elves and reindeers, an interactive naughty of nice wheel and surrounding displays.

Rounding off the various projects undertaken this year, a talking reindeer with bespoke vocals was also commissioned by the Tower Centre in Ballymena, Northern Ireland after the success of a similar project commissioned by a Welsh tourist destination in 2015.

Recapping on a successful 2016, Managing Director Rob Curran commented: “This year has been phenomenal for The Wonderworks and we are once again delighted to end the year having delivered a wide variety of successful Christmas projects. Whilst Christmas is often a distant memory for most people come January 1st, we will be straight back to the drawing board having secured a number of contracts from both our existing client base and new clients for 2017.