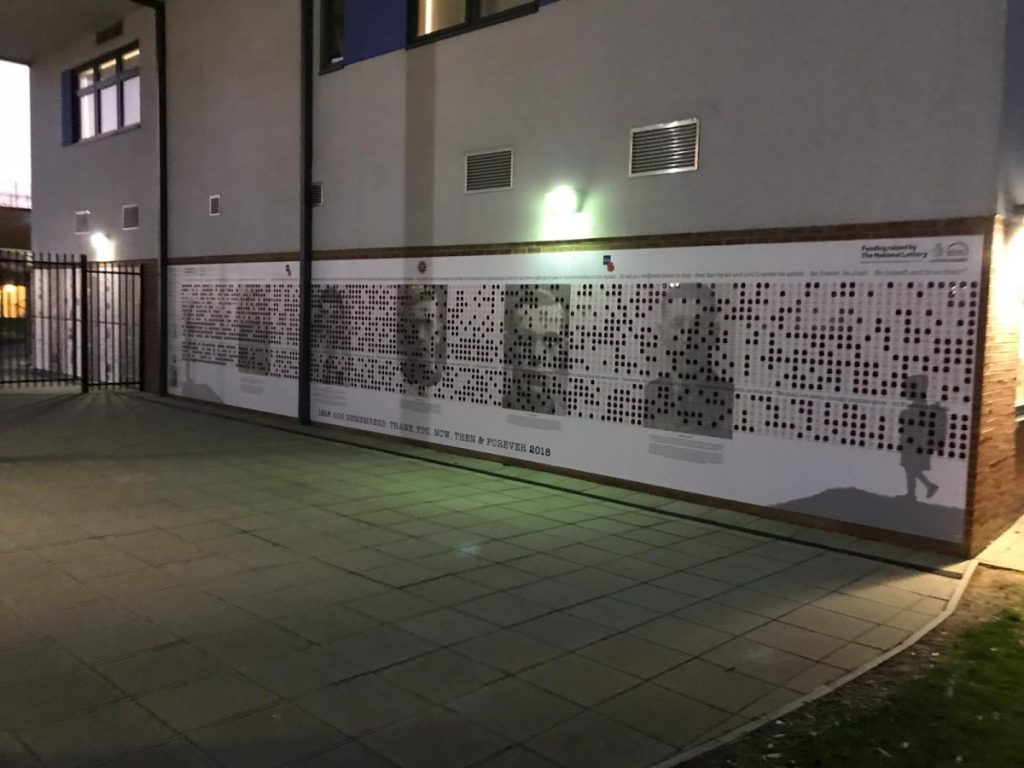 A new Remembrance Wall, which pays tribute to more than 3,000 soldiers who lost their lives during the First World War, has been designed and installed by the Wonderworks.

Following funding by the Heritage Lottery Fund, the memorial has been placed at Acklam Grange School in Middlesbrough to honour those from the town who died during the conflict.

Individual names of fallen soldiers have been printed underneath each of the 3,137 poppies which span the 20m long wall. Each name has been matched with a student or teacher from the school plus local dignitaries, including Tees Valley mayor Ben Houchen, Middlesbrough born Olympic long jumper Chris Tomlinson and charity leader Andy Preston.

The project was the brainchild of two teachers at the school, Guy Whatmore and Jonathan Lowes, who appointed the Wonderworks to help bring the concept to life.

The Wonderworks team was responsible for designing, producing and installing the structure, including all graphics and the 3,137 acrylic poppies which are being pinned to the wall in the run up to Remembrance Day. The memorial also features a First World War timeline and local fallen hero stories, also created and installed by the design and display specialist.

Guy Whatmore, sport and community manager at Acklam Grange School said: “The Wall of Remembrance is a fitting tribute to the soldiers of Middlesbrough for all generations. The pairing of soldiers with young people and members of the community really makes this a special project. The wall is in the process of being commissioned as a national war memorial which adds to the significance.”

Rob Curran, managing director of the Wonderworks added: “We’re honoured to have played a part in such an incredible project. We’ve worked in close partnership with the school to develop the design and ensure the wall meets a number of specific requirements, both in terms of its size and functionality.

“The memorial provides a very moving and visually stunning tribute to the fallen local soldiers.”